TL;DR -- As we go forward, we want to keep ties with older material so as to have a cohesive view always in place. From time to time, that type of review would be published via The Gardner Annals. However, a focus is providing constant entries via a portal to truthful tales of the past and to a discussion of their current relevance.

We have had several posts on two subjects: origins and motivations. The former subject covers several areas, especially issues related to 'whence' (that is one huge thing to learn about Thomas and Margaret). The latter considers all of the factors that might have resulted in reasons to leave. Of course, we have the work of Frances Rose-Troup to look at, albeit an update is in order.

All of our posts accumulate, and contribute, toward a growing knowledge base, using the modern parlance. That is, we have such an intent. With several years under the belt, we can, from time to time, look at a topic with regard to its relevance and to concerns over the years of our study. That is, we might be more regular and looking at status and focus.

These four posts are of interest. 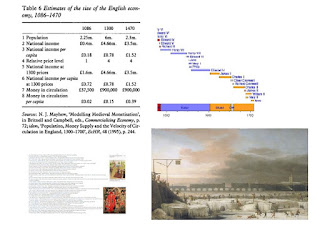 A huge theme for us is the pending 250th of the U.S. which fits nicely into the other areas of concern. Along with that major event, we have to focus on what went on before, especially from the viewpoint of Cape Ann and Massachusetts; as well as, we can provide a means to look at how the U.S. has unfolded over the past two decades with the expectation of contributing to necessary analysis and change.


08/11/2020 -- We have used categories in the post. We also have used pages which allow some structure. Then, we have the other media to consider. One thing is definite, we will have lists of important topics. On these, we will find Origins and Motivations.