TL;DR -- After mostly looking at coastal issues, we turned our attention to the western part of the country into which went a flow that was a mere trickle at first and then became a flood. Historians liked to use 'westward expansion' in their view from on high. We're on the ground and see a western expansion.

We started off using "western expansion" looking at the phenomenon from the west and with a particular focus on the people involved. We used the phrase starting in 2016 to point to other posts (Jedediah Strong Smith, MH Gardner, Real Daughters). But, our first sense of the west was the lonely grave in Nebraska (Flyover country) and, later on the same theme, No brick wall.

Today, we saw that many have used 'westward expansion' supposedly with this phrase due to Thomas Jefferson. However, Britannica uses 'westward movement' in their description. We like and will continue with 'western expansion' with an addition.

It's time to map in historical information when it makes sense to do so. Each of the below links go to additional information that is pertinent. For each, we will put in a comment about the content. This list will be edited over time. We will start with Wikipedia's nice coverage of the timeline for which we will add events and their research on the trails.

This image comes from an educational site and mentions the same routes that got our interest. There are more, again. But, this is a good start. 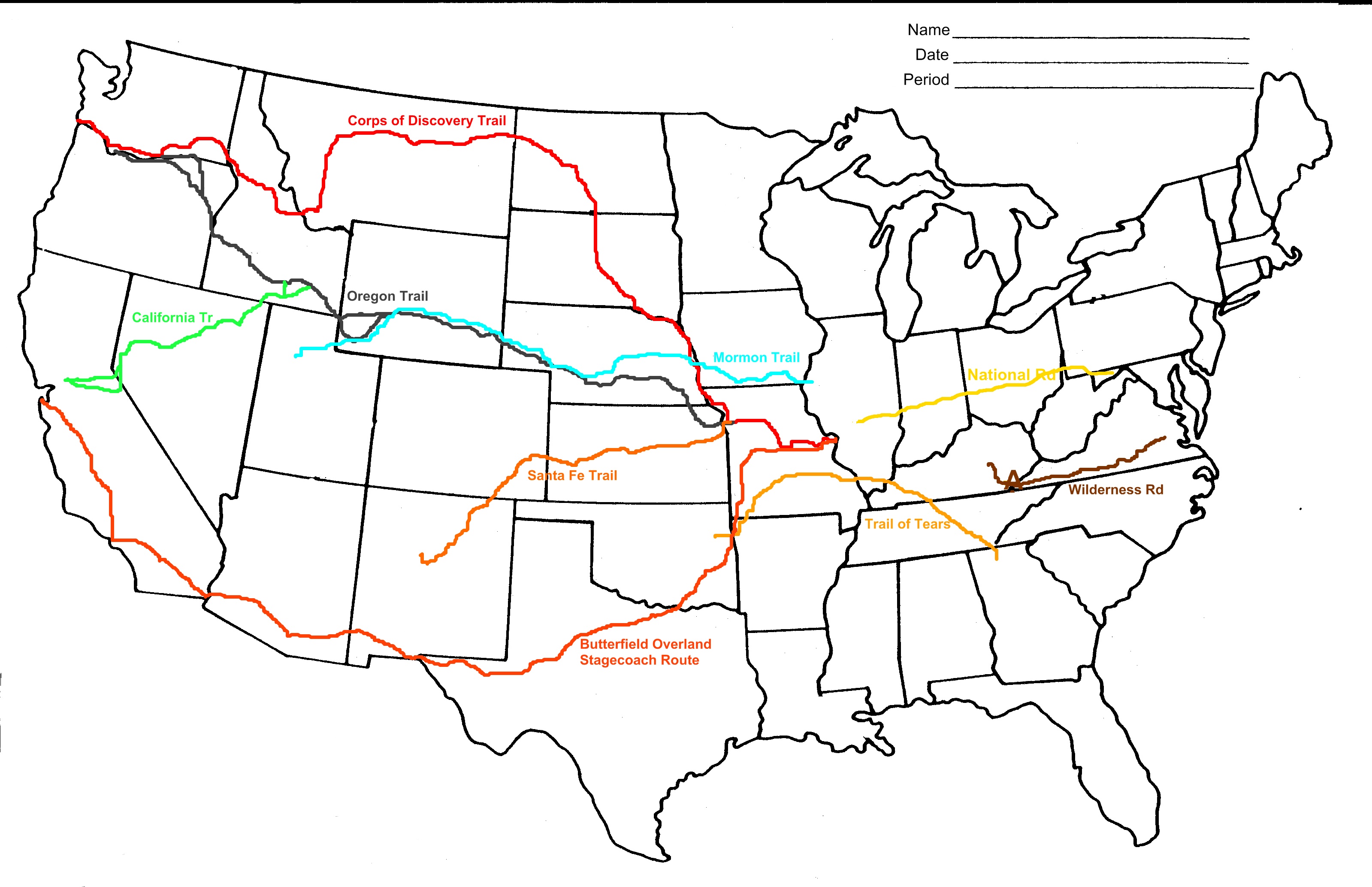 01/07/2022 -- We will use Harvard and the Boston Brahmins as the overarching thread under which reality (of people) exists. That is, lofty is without merit when metrics are involved, even those of the qualitative type.