TL;DR -- Hist of Mass always comes across with good information. Today, the FB feed pushed a 2017 blog post our way to which we paid attention. Nice timeline. With a map, of the area. One could probably think of the feed's logic (algorithmic rumblings) should one choose. Not. A theme can be mentioned, though, farming.

Or the timeline, thereof. We have several timelines, such as the one related to the 400th commemorations that started this year with Weymouth and next year with Gloucester.

This post has a Thanksgiving theme (who was first? ;>), as it involves foods and feasts. We will be looking at farming in the northern colonies as one focus on technology. Subsistence farming was the norm until the early 1800s. But, that means more than a family providing for itself. We had local (even regional) markets for farm goods early on. Too, the Cape Ann crew's intent to come over was mainly to farm and ship produce back. So, we cannot leave that theme. Besides, going forward into the grand future, people will be eating.

In 2017, History of Massachusetts blog created a timeline for the Plymouth Colony. The feed at FB showed it to us today (don't we love being driven by algorithms?). It has a real good graphic which will become the norm with the internet maturing (finally). As one looks around at papers and discussions, one sees systems thinking coming forth as opposed to that make-havoc-break-china mode of the past two decades.

BTW, with respect to our themes, 'feed' was only mentioned once. That had to do with an early shortage which caused rations to be to be more strictly rationed. Cape Ann had a similar problem after more people came with Endicott and without proper thought for supplying themselves. Before then, the colonists were making it though the capitalist's expectations may not have been met.

Also, earlier, Virginia had a real hard time trying to get started. Oh yes, it as the Berkeley Hundred that thought to celebrate after twelve long years.

The details are great, in the map. It took a moment to get the drift as Essex wasn't there. Well, it's clipped and under the "Massachusetts Bay (1630)" label. 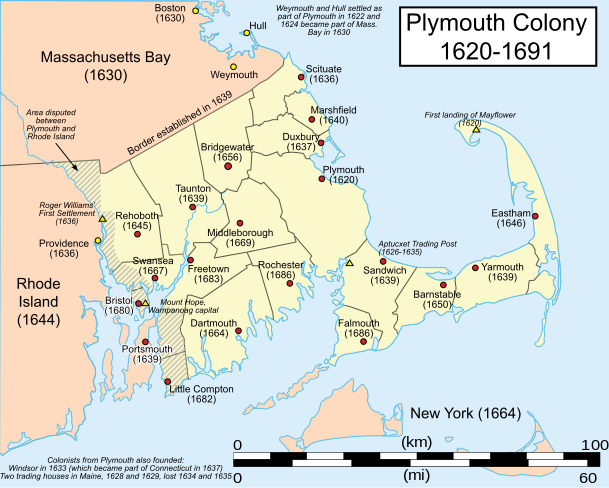