TL;DR -- The American Dream? Starts where? Is?

On social media, every topic expands many times its value. This is somewhat like the markets that puff up, mainly due to the ca-pital-sino (our own neologism and not the only one) where things inflate to the bursting point (expectation for this rises).

There are lots of topics on the web (framework for social media) that are worth attention, some genealogy being an example. But, lots of disciplines have their presence as due various platforms for increasing awareness, such as BLM, of late. A real boon is that technical subjects are covered, many times to the nth degree. That is nice if one trusts the source. We have several posts related to technology (some of which needs to help to mature culture not merely disrupt it mainly for personal gain).

Now, one topic that we have paid a little attention to is the 'American Dream' which seems to many to mean that one comes over here and gets rich (see ca-pital-sino which bears discussion). Some tout freedom. Per usual, Wikipedia weighs in nicely: American Dream. The web has made the appeal of the U.S. to be even stronger as part of the dynamics of this deals with that old 'grass in greener' (Holsteins really like that notion) phenomenon. But, it is more complicated than that.

Getting back to Wikipedia, notice that the discussion starts post the American Revolution which was carried on by the 5th generation for the most part. We have several times reminded people that lots went down here on this side of the pond prior to the rebellion. So, we will be getting back to that with another twist related to the 'American' dream.

For instance, the motivations for the Plymouth experience (off course'ness) differed from that of the Cape Ann venture. The latter is an example of an investment effort motivated, of course, by profit. Oh, wait. Lots to discuss there, as there are many considered opinions (yes, even educated notions are opinions - let's get to the basis of truth and knowledge - turns out that this subject will be one of our research foci going forward with an intent to support research).

We have already moved about time and space with regard to study of the pre-rebellion time, both before and after. In fact, another focus deals with the western expansion which would include those 'American dream' chasers who came as the land opened up (say, John's folks - of the four grands, one was foreign born, three were here a generation or two prior to that; so, we are talking post the Civil War; principally, Polish and Irish). There have been several waves of incomers.

Again in Wikipedia, they look at the 19th and 20th centuries. We'll be sure to pull the discussion back to the 17th and 18th. Wikipedia also mentions consumerism which turns out to be a huge driver, albeit we never got this right (diminishing quality is one of many problems).

So, we can end with this graphic (wealth inequality).

In short, 1/2 of the population might be pursuing that stupid dream that is now in vogue. We hope to change the focus a bit by balancing back beyond the rebellion time, somewhat symmetrically. The other 1/2 do not partake, so how are we any different than the 'developing' situation? We learn history in school and have a never-ending supply of books.
What we don't have is a history that maps to regular people and their families. We have seen attempts of late, as we mentioned before that we see with McCullough's work. The web/cloud will facilitate a better attempt at this. We will support such research efforts several ways. 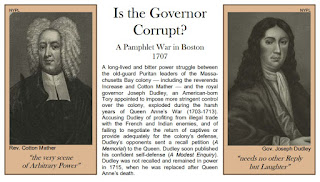 01/31/2021- Example of the use of the American Dream: Cris Gardner. Gosh, lots of popular push behind the rags to riches stories which can be situated, many times, in the US scene.
03/15/2021 -- This theme will continue: Victory Gardens. New Englander, out west in Detroit, helping to employ and feed the underworked and underfed. This was in 1893, long before WWI.
01/08/2023 -- We had another icon (Charles Thomson) for our 250th (1774, Continental Congress) and 400th (Cape Ann as one of the first of the capitalization attempts of history).