TL;DR -- We pick up one more President from the early years. In 1665, Harvard graduated its first American Indian. There are other topics of interest from the early times that we will look at further. As we go forward, we will bring in MIT, for balance, as we consider the scholarly side of things.

This post is about the 14th of a series of unknown length. As such, it continues a theme related to the history of the U.S. as it might be seen through Harvard's history and as we focus on New England's influence from its beginnings, principally the northern realm. The topic of the post is change from the former technology focus which seems to drive the modern viewpoints more than does others. Seems is apropos, as there are plenty other views just as true. In fact, our getting a proper balance on technology will come from a broader scope in scholarship and in normal life.

With respect to Harvard, these posts figure centrally: History of Harvard, Heads of Harvard (Wikipedia), History of the Presidency (Harvard), Catalogues of Harvard (Hathi Trust, mainly for the classes, years and graduates) and several posts in this blog concerning specifics of Presidents, their times, lives, and families. Of the last group of posts, we have picked interesting Presidents due to finding them instrumental to some point that we were researching. The first one was James Bryant Conant who had been mentioned in a New Yorker article. 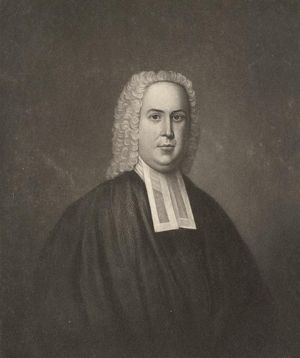 Today's post came from a search on American Indians and Harvard. We found a Harvard Gazette article that mentioned the first American Indians graduate whose graduation was in 1665. As well, there was mention of the Charter of 1650. Henry Dunster was President, then, the 1st. In 1665, we find Charles Chauncy. He has a WikiTree profile and a pedigree that we will look at further (Magna Carta - WikiTree: Chauncey-8). This somewhat motivates us to look further at the lineage of some of the others, mainly, with respect to tying U.S. particularities, in its early stages, back across the waters. After all, many who came here left descendants who have trouble, now, closing gaps left 400 years ago.

We have had several posts on American Indian issues with respect to Essex Count, New England and the U.S. as a whole. With respect to institutions, MIT's School of Humanities, Arts, and Social Sciences will be added to the list of research topics. We have been following several American Indians sites via the internet.

Here is an example article of note.

Note: earlier, we converted all references of Native Americans to American Indians. Our use in this post follows the use in the articles that are provided as reference. We will use the terms interchangeably.

03/14/2022 -- The wander though the hall of the Heads of Harvard has been quite interesting. We will summarize at some point about the varied cultural and societal aspects that come up. For instance, Chauncey (WikiTree pedigree: Chaucey-8)is on the list of Gateway Ancestors who represent descendants of aristocracy who came over here. In short, many of these are cousins of Prince William and Prince Harry, and others. Another tale, related to Harvard, is that (one of) the Cottons told some cats who wanted to come over with privileges that, no, come here and be like everyone else. Lose your pedigree. How would Harvard handle that now?
04/07/2022 -- Changed most Native Americans mentions to American Indians.
Posted by AJSwtlk at 6:41 PM