TL;DR -- So, research got us to looking at Transcendentalism with respect to a continuing topic of concern which led to people and their connections, per usual. Of course, Emerson goes without saying. However, the Head of Harvard was instrumental, to boot. And, turns out that he was there when the Count Rumford monies came to be. Ah, many tangled twists to look at.

For some time, we have looked at various characters who were on this side of the waters during the last 400 years and who contributed to the great nation that we now see (U.S., if you must ask). Then, as we consider the characters, we look at their pedigree for various reasons that we will explain. For one thing, we look to see the New England connections, such as a relationship with the goings on in Massachusetts.

For instance, after we got familiar with the early days where Essex County was the focus, we looked at how people and families ventured out of the area. Some of that was in the context of a church's mission efforts. This type of movement started early and accelerated after the split (the 250th of which is coming up in 1776). On a close look, we can find 'lost' generations. Along with that type of thrust, we had those who wandered by nature, such as the trapper/mountain men. Take Jedediah Strong Smith, as an example. Later, we had those involved with organizing the carving of the country.

But, with the whole of the American experience at hand, we had to include academia in its various roles over the period. Say, even Harvard, from Eaton's time on. This will become the subject of this post as we leave in abeyance a lot of other material of interest.

Last month, we ran across a later head of Harvard: James Bryant Conant (see Heads of Harvard and History of Harvard). Interesting guy and life, to say the least. Kin. Right now, we mention him due to his time and its importance. Hundred years ago we saw WWI and the Spanish Flu. Also, the start of massive testing of people. So many topics that just slid by without much consideration being given to the ins and outs. Oh yes, a while ago, in the context of 100 years ago, we ran across Count Rumford and his Harvard connections. A kin of his wrote of him in The Massachusetts Magazine which published early last century. But, on the note of heads of Harvard, the story of his money is interesting. BTW, Loyalists sensitivities, as well, are a topic that we touch upon now and then; tempering, somewhat, of the expected mania of the 250th. Who recalls much from 1976?

Okay, technology is a focus. Both Conant and Rumford are known contributors there. But, we need to look at mathematics, too. Peirce, any one? Father and son, by the way. One thing that needs to be resurrected is some notion of how philosophy and mathematics might mix and do it well. Take transcendental numbers. Nice name. Basically, it is used to note that algebraic modes cannot apply. 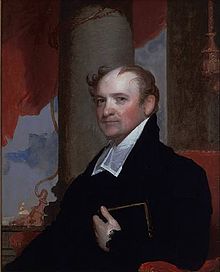 But, we know Transcendentalism was of New England. Without going into discussion as they can be tabled for now, we can drop names like Emerson (kin) and others. An unknown might be that the Unitarian effort of Harvard is associated with this thinking. And, of the time, the head of Harvard was John Thornton Kirkland. He married a Cabot but has his own New England pedigree.

This is what is shown at WikiTree: John Thornton Kirkland (1770 - 1840). That would make him a son of the Fifth Generation which bore the brunt of the Revolution. His wife was the daughter of Hon. George Cabot. George is a descendant of Thomas Gardner and Margaret Fryer, so we will be looking at Kirkland further.

For one thing, he is kin of A. Lawrence Lowell through the family of Rev. Francis Higginson who arrived before Winthrop but after Endicott and who is from an old family of Cambridge University.

As we have gone through our look at the Heads of Harvard (Wikipedia), we have put together the following list of pointers to foster discussion which we are adding to the early posts after our first which was on James Bryant Conant (dated - 26 Aug 2021).

This has been a very useful series with tons of work now pending to bring the 'real' history of the U.S. to fore as an example of what future work and analysis will involve.
---
One person of note to our research is Col. T. W. Higginson who was old family and a Harvard graduate. He wrote of his lineage which he self-published in 1910. In that work, we have some sixty references to Harvard graduates, including two references to Presidents (Kirkland and Lowell). So, that is of interest. Some of the graduates were related by marriage to the family. The early Higginsons had an association with Theophilus Eaton who was the brother of Nathaniel.

09/23/2022 -- Added list of links. Noted relationship with A. Lawrence Lowell. While researching how families interleave, Kirkland came up. The family relationship could be step or in-law. The former was normal as people died early and their spouses married. The children could then be from any of the pairing where four spouse was not uncommon.