While researching further with regard to movement west, after the Revolution, we have been using several families. We became acquainted with a split in the Presbyterian Church that resulted in the Cumberland Presbyterian Church. That is a topic bearing more attention. But, following a 'circuit rider' around got us to the Fort Worth area of Texas before the War with Mexico.

And, that? New England's long arm stretching across and influencing the country. This is a real dynamic, folks, and bears some study. Again, we might add. With technology, we can look at this stuff in unprecedented ways. So, we'll get back to that. For now, let me remind everyone that we are tracing movement both west, southwest, and south out of New England. Our GSMD work was an example of that which we're deep diving into, stepwise.

Let's pause to reflect. This image is a prelude and a precursor (oh yes, let's look at the whole of the trek back 200 years ago). This image is showing movement west out of North Carolina (it's a long way to Oregon). There are modern-day highways that we can talk about just like we proposed that Jedediah Strong Smith laid out the California Interstates. 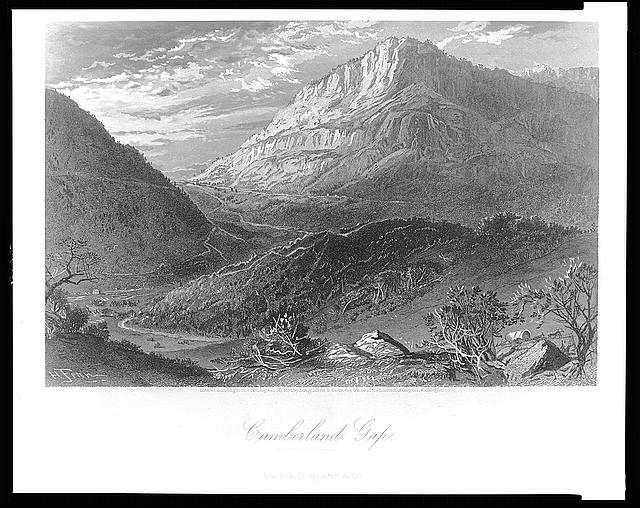 Anyway, we were poking around looking for some information on North Carolina as the principal players of the CP came out of NC. And, found this blog: Carolina Frontier Settlements. Per usual, we looked for Gardner, either in the context of All Things Gardner or looking for collateral families.

We found Fay Webb Gardner's little scrapbook. It starts with some hand-drawn charts. And uses some type of form reminding me of the book that Dr. Frank utilized to do both of his lines by hand. Also, in looking at these pages which include some prose, we noticed O. Max Gardner. Okay. He was Fay's husband and quite successful. Too, he and she were involved with the Gardner-Webb university that we looked at earlier.

But, stepping back to the west. We are dealing with the early stages of wagons west where people got to places before the government followed. And, they were remote. So, we can go on about differences in types (stay at homes - like in the lockdown or the go abouts - most balance this). But, in the old days, when you were on the frontier, you didn't have Bozos there delivery crap. No, we need really need to write about this. It's not unlike Thomas' and Margaret's experiences on Cape Ann and beyond. But, they were effective; to wit? The kids.

07/15/2020 -- I read today that one of the CP Ministers who pioneered in Texas, establishing a church in the Fort Worth area, was hanged due to preaching abolitionist's views in 1859. He was a young man. This is one of those things where one sees all sorts of different views on the web. Hence, our portal to truth has become a focus.

08/06/2020 -- Changed the title to Cumberland Gap which is a pass through lower-central Appalachian Mountains. One could think of this pass as a training group for those who were going to proceed further west. One had to get teams (oxen, horses) up and down non-normal elevations with wagons of various sorts that were heavily loaded. Even in the crossing of the next piece of the U.S., there was struggle. The journey by wagon from Independence MO to Fort Larned KS on the Santa Fe Trail took about three weeks of daily grind. Once past the plains, then there were more mountains, such as the Rockies where we find Cumberland Pass (10K feet higher). Of course, one is still, then, only a little past 1/2 way if one was going to Oregon or California. One fact is that those moving west were always ahead of the record keepers so that one finds holes in the story of a family. Sometimes, these can be filled in; other times, we get what's known as a brick wall.