As we approach the 400th, we can look back at the 300th. Then, Frank A. had his first book and was working on the second. There had been an effort to form and maintain an Old Planters' Society which had an illustrious membership. One focus of that group was to identify who was at Cape Ann and went to Salem. The list (via the Winthrop Society) included the following: Allen, Balch, Conant, Cushman, Gardner, Gray, Jeffrey, Knight, Lyford, Norman, Oldham, Palfrey, Patch, Pickryn, Winslow, Woodbury.

The list associated with Conant's move was small and did not include Gardner which brought up a lot of questions, such as where was he?

We look at that in this issue. We don't know a lot about Thomas. But, we can surmise that he and Margaret were seminal to the success at Cape Ann. Success? They were beyond sustenance, in mode, even though they were not able to ship to England. When Conant arrived, he didn't find starving, derelict people. One might even say that, before the large influx, the situation was idyllic.

The Paine sisters may have thought that Thomas went back to England for a little while. But, no. He was in the Cape Ann house when Endicott arrived. He and Margaret had kept the property up from the departure of Conant until the arrival of Endicott.

Associated with all of this is the dearth of information about Thomas. We can be thankful for Rev. Hubbard who interviewed all of the players. Otherwise, those little bits would not be around. But, his manuscript was almost lost and was very much delayed in printing. So, we can thank the heavens.

But, it's not a tabula raza situation, as the information is there. We just need to pull it all together and organize the things. That we now have a cloud'd interface to a growing set of data sources portends to some good research in the future.

See Vol. IV, No. 1 of Gardner's Beacon for a look at the Cape Ann experience.

03/22/2014 -- I ran across this site in earlier searches: An American Family. Today, I saw that there was this page on Priscilla Grafton Gardner and wanted to add a link as she was the wife of John Gardner (born, Cape Ann).

08/15/2014 -- See What's New, this date, for change in Sources for this issue. Namely, lifting John Fiske's work to view (it was being pointed to at Humanities Web - apparently lifted there, in its entirety with appropriate attribution - mea culpa, had been referenced, too, at the Thomas Gardner (planter) page on Wikipedia). --- Note: As I write this, the name has been changed. Actually, it looks as if an old pointer is around from an experimental method. Which was first? Was the "Genseric (the Vandal)" reference in some test mode? That I just happened to stumble upon and use? As I said, mea culpa. So, ..., let's some point make this a truth engineering moment. 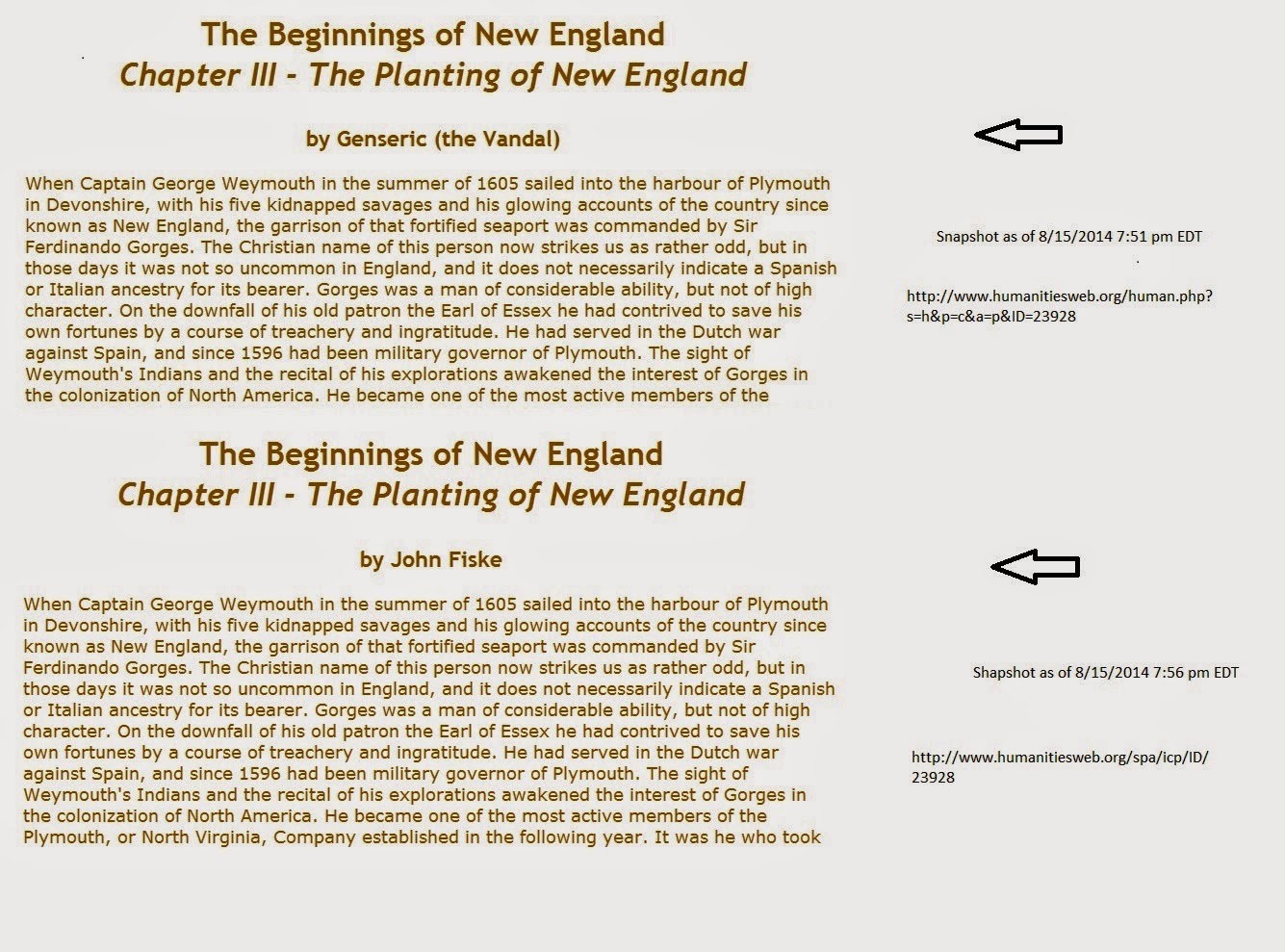