Mary was the daughter of John Gardner who had moved to Nantucket at the offer of some land. She was born in Salem in 1670. The Nantucket Historical Association has a painting of Mary (see Search Collections) that was done in 1717 by the Pollard Limner (see Timeline). 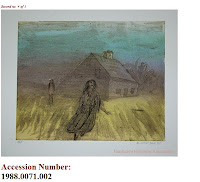 There is a painting at the NHA that shows Mary, as a young woman, running from an Indian. It will be interesting to find the story behind this painting.

01/07/2020 -- While looking for information on Joseph Gardner (brother of John) and Ann Downing, I found a reference to Thomas. It was written a year ago - The Gardners: Cape Ann planters that they were called. Also, there was some information on the Coffin family. In particular, there is a post about Mary (Coffin) Starbuck with the photo (above) of Mary (Gardner) Coffin. NHA and the National Gallery of Portraits say that the painting of of Mary Gardner. Looks like a task for Gardner Research to look into. See Gardner's gate.

03/28/2012 -- Mark E. Miner's site has an interesting look at the Coffin/Gardner conflict that was related to full, versus half, ownership.

12/18/2011 -- Cotton Mather described John Gardner as being well acquainted with the Indians. Nantucket Town provides an interesting story about the Coffin and Gardner families and about the feud that went on between the family heads. The marriage of Mary and Jethro helped to settle, it is said, the controversies (as did the demise of the older guys). Her uncle, Richard, is said to have been of considerable education. John and Richard were both Magistrates, several times. Too, they performed many roles within the community.

12/18/2011 -- Added snapshot of the nha.org page with Mary's portrait. The site has over 600 images related to the Gardner family, including historical photos.