TL;DR -- The last three years have been more active, partly due to Covid restrictions. Too, though, technology has shown us some new and potentially useful, or not, stuff. One thing on the plate going forward will be technology. What that means is still being discussed.

Lots going on. At the end of May, the pace of posts was keeping up with those of the past three years (2019, 2020, 2021) the last two of which were unique, many ways. There is no end of possible topics for research and reports. 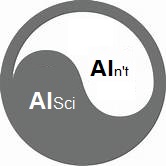 Adjustments, due to the times? Yes, that's a huge factor to address. One prime focus is on technology and its misuse which seems to be a common trait of humanity. The latest is the scene of several decades duration that accelerated recently with the arrival, finally one might say, of capable computing. Albeit, that one at the same time must add this, highly immature stuff all around.

In particular is this AIn't phenomenon that has captured the imagination of many. At the same time, there have been too many new applications attempted whose ramifications are not known for us to claim that we are scientific. Willy nilly is more like it.

Now, perturbations in the economy relate to these types of mania, the last two, in particular, had a technological flavor. This one will continue that trend. So, lots to watch and to attempt to learn from.

One thing that computing brings is enhanced proof techniques whose adoptions would get genealogy out of its morass. Minor issue. DNA rattled those cages, a lot. But, it's not flawless, that scene.

What is not without fault? Well, nothing, if we use the 'mote' example; there are several sources for this.

The new scene is such that we really do not know. Look about, who is not casting in the wind in order to read the waves? I know, mixing things. It's intentional.

We had hoped to be post-COVID, one location that I know of has had a jump of 4K cases in a week. One example of the new age are the many sites reporting data and making various judgments. That's to be expected, as we're humans and do that sort of thing.

On a positive note, I see many articles and reports showing an emergence of a mature viewpoint. How to describe this? That is one of the things to tackle. Reducing the hype is one thing; but, more importantly, losing the aura of science fiction is more to be desired. Which means? Being more scientific in ways that balance the various necessary modes, such as engineering and technology. Oh yes, forgetting mathematics? Nope, those ones dropped several balls. We'll describe the situation.