How dumb is AI?

TL;DR -- The title may be self-explanatory. Hype has reigned for a while now. Let's correct that.

This is the 2nd post of a series and looks at some articles from the recent IEEE Spectrum. First, what is the IEEE? It's the Institute for Electronic and Electrical Engineers, now known by its acronym, which is over 100 years old. An old motto reminded everyone that for all of the technology events of the 20th century, some member of the IEEE was there. That is due to the pervasive influence of power generation and management. With the computer, the tie is even stronger.

So, the IEEE has had its ups and downs, as does any groups of humans. But, their collection of articles in the Spectrum of October of 2021 was phenomenally on the mark. We will pick a few articles for this post but will look at all of them eventually in our technology focus. The image on the right is from their cover showing a robot (nicely configured) and the headline: Why is AI so dumb?

Now, AI has been around for more than 1/2 of a century and was almost named as a lark by John McCarthy. It is famous for having generated lots of interest during its life in a cycle of boom and bust. We are currently in a boom where AI is all over. Companies are piling on the heap of people trying to use. We see some success.

Mostly, though, we can say that it's far from expectation's ideal in terms of real modes of gain. Hence, the interest of the TGS, Inc. Every group needs some focus. We are taking technology in the perspective of people with 400 years of history under their belt. We have already started to look at these long threads of cultural experience and discussing how we need such in today's world. Expect that effort to continue.

In particular, we can look at historic fact. Genealogists have used the computer from the beginning. Then, we saw the genetic analysis project gain footing and ground. On the other hand, there are many open questions yet unanswered. In fact, they have not even been asked. When you see commercial outfits piling on something, watch out. AI is like that; so, too, can be genealogy efforts; as well, we can look at the whole of the industry, given enough time.

But, back to the Spectrum. There were several articles, such as the one looking at AI history. There we see that two views predominated: symbolic and connectionist. Of late, the press has favored the latter which got out of bed finally due to increases in computational prowess. We worked in this, hence the interest. Prior to that, the symbolic approach made some headway. IEEE had a brief history. There are more in-depth looks that we can purview. Specifically, the most recent work has been on tying these two approaches together. That is, as smart people have always done, the work will continue, in the spotlight or out of it.

Unfortunately, the spotlight perturbs things greatly. One might think that turning the damn thing off is how to go, except for those who want to act and play reality rather than do hard science and engineering. So, in that guise, lets look at three of the articles.

How does this topic relate to the TGS, Inc.? Technology, going forward, will be only more complicated and with troublesome ramifications on people. The U.S.? Has led in technology for a long while. Too, technology involves people across the board. Now, our interest can and will be several. Consider though, the U.S. history over the past 400 years has some meaning and significance, in terms of technology and society. This post looks at one topic of very many from a viewpoint that is not very well known publicly. There is a lack of places to go to find proper information. This is a general problem whose severity is only now becoming known. But, these issues could have been foreseen. Were. Again, our focus is going forward in a mode that lift people out of the various mires, some of which are historic in scope, others are being created every day, some times by technological errors.
As an aside, something needing attention deals with truth and what it is. We will help with this discussion, especially from a position that takes note of the need for truth engineering. Technology is core to the issues of truth, though the issues have been in human culture for as long as we can recall. The smaller world created by technology is more of an exacerbating influence than that of any type of mitigation. 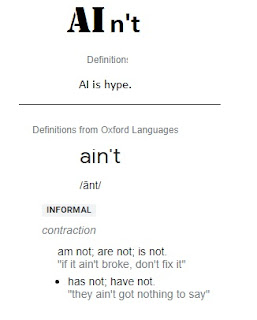