TL;DR -- We saw the 800th of the Magna Carta a few years ago. Another event looking back comes in 2025, two years before the 250th of the U.S. Revolution. In any case, technology has created new Lords and such that are outside of any constraint. Or so, some of them might think. One gross case was observing an auto-truck with attitude on a public highway. This was not the first time nor was it the only location where we have watched such shenanigans, of which there are several other cases. Whatever, technology seems to have gone wild as do the youngsters every spring break. That, folks, is not a sustainable state of affairs.

We were involved with the Magna Carta celebration in 2015 several ways. Jon Gardner attended the ceremony at Runnymede and wrote a report for The Gardner Annals, Vol. III, No. 1. We helped edit generational material in the bios of the Sureties found on Wikipedia. Along that line, Wikipedia started its Magna Carta study.

The Magna Carta was an early English document which specified constraints for the King that were expected to be followed. The authors were Lords who were dissatisfied with the notion of unlimited powers for the King. After some conflict, the Magna Carta was drawn up and sealed by King John in 1215; this was celebrated, after much planning, in 2015 under the auspices of Queen Elizabeth II and the American Bar Association. Another historic reflection will be done in 2025 to celebrate King Henry III declaring his support for the document and its intent.

Not only were restraints specified for royalty, there were conditions set for the aristocracy. This brings us to the topic.

The other day, we followed an auto-truck (to be autonomous, at some point) on an Interstate highway. How this entity was identified can be explained, but there was more than one. But, with regard to one that got our attention, the thought was "auto-truck with attitude" for several reasons. In a technical sense, a data-driven process under the name of machine learning looks at data and obtains useful information that is actionable. An example? The technique is applied quite generally, of late, and was behind the first computer's winning of the Chinese game of Go.

That win got a lot of attention and spawned lots of copy-cat efforts which led to new definitions and approaches for what we call AIn't. We have had several posts on the subject, but the one dealing with "How dumb is AI?" is a good start on looking at the matter. Just let us say that there is little science in this effort which has been marketed with glee and mischief (when one considers constraints that apply to truth in advertising). In short, technology has gone wild, of late.

AIn't is only one of several examples. The Internet, in general, is a mess of gigantic proportions. Does one even have time to do a litany of the issues? Well, one inhibitor? The effort and time needed to try to establish a stable basis is a huge detractor with costs that seem unbounded in a few of the cases that have been studied. Our response, in the workings, will be to assume that technology and its sustainable use is a worthy subject for attention and with enough purpose for establishing a mission focus.

Back to the truck event that we watched unfold, briefly. The thing would not have passed a driver's test. That is, no truck being driven by a human in such a manner would be seen as desirable. And, given that the human doing the driving is the responsible party, a license would not be forthcoming based upon what we saw. Too, though, this is only one example. There were other trucks. Two of them played a tandem chase, blocking two lanes of traffic, for miles.

Was there any indication that the road was a test site? As in? Student drivers go around in a marked car. Testing is usually done in a private area. Test tracks and sites support the need. When we say that this is not isolated? We mean that we have seen it in several states. Are these types of test runs made public?

There are many motivations for auto-trucks being sought as something beneficial. For one, we have a shortage of drivers. Too, supposedly, the auto-truck would have a better driving record. Oh yes, have you read of accidents? One thing is certain, the modes for the accidents of these types of vehicles is different. And, deadly, as such occurrences can be for human drivers.

One thing needs to be added, these were not loaded. The out-of-control modes observed would be very problematic with a loaded trailer bringing in potential instability. Lots of effort has gone into training humans to be safe with their truck driving. Of course, we did have an incursion of untrained drivers due to circumstances that were associated, in part, with a new class of accidents.

Okay, an artificial vehicle with attitude? Like a Lord of old? We have a whole new class of Lords which are the big-pocketed lords of industry. Are they amenable to looking at restraints that would make sense and produce mature behavior?

auto-trucks are only one example. There are many more approaches pending, as no restraint seems to be taken in determining the future. It's wide-open. In fact, there is this moral: go fast and break things. 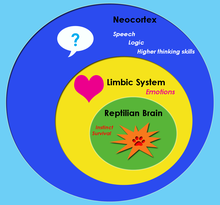 Oh, Lord (proper use), deliver us. The whole of social media can be a mess beyond salvation, sometimes. Choices by Lords are hugely responsible for the problems.

One might say that the virtual appeals to the reptilian brain and gets responses thus. Stimulus-response, with little judgment applied. The modes do not augment the abilities attained with any type of cognitive oversight. Actually, it's more functional with input matching up with an output, with the pairing having been determined by prior training based upon data. And data? Suspect, for many reasons.

So, we have a multitude of issues that need attention on a continual basis without any existing paradigm being there that will not work without serious adjustments. And, judgment to do this modification? Whence might come this?

If one looks at the problems, we have seen lots of examples of progress being effective as well as efficacious for everyone. In fact, a notion of the every human as King/Queen is not counter to how we might think about the future. Turning this to technology, the user seemingly has been given great ability and authority. But, not really, as the chains that bind given the situation are onerous, indeed.