While research Dr. Frank's work, I looked at Wikipedia entries when they could be found. In many cases, the entry was embedded in an article on a general topic.

I noticed that Colonel Danielson had only a paragraph on Wikipdia and decided to do an edit. I did notice that there already were references to Dr. Frank's military monographs in some articles. So, we need to increase those.

But, I also looked at MSS (Page 417 of Vol. 4). This image is of that page. The box is the material about General Timothy. Given that hundreds of thousands are covered in the MSS, there is a limit to the amount of information that can be given for oner person. 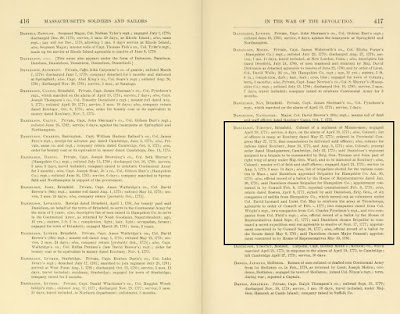 Now, look at what Dr. Frank wrote about General Timothy and his group. From a personal view, there are two pages about the General (see the Wikipedia page history for some specifics). However, Dr. Frank provided fifteen pages, with several of these providing details about the officers in the group. 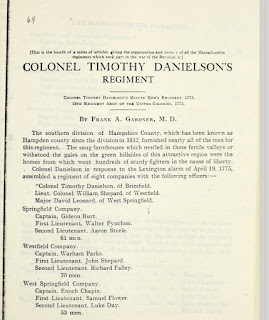 We learn, for instance, from Dr. Frank that General William Shepard served under General Timothy (see Vol. II, No. 2, Pg. 74. Dr. David Shepard was the Surgeon.