The WSJ, recently, had a review of an exhibit at the Brooklyn Museum; the article was titled "Polemical History Lesson." Copley and Gardiner were mentioned. 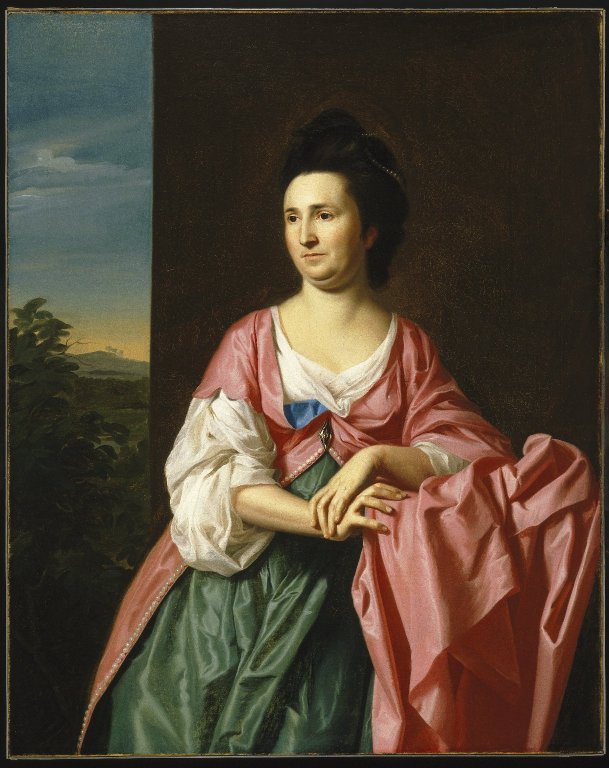 John Singleton Copley, born poor but risen high on the strength of prodigious talent, is caught in the net of “Pan-American Privilege” in the next section. His portrait, c. 1772, of New England monarchist Abigail Pickman Gardiner, dressed in “the height of London fashion,” is one of three depictions of “privileged Americans” leading off the display devoted to the Colonial era.

I have run across several who sat for Copley in my work. Abigail was the wife of Dr. Silvester. He was the namesake of Henry D. Gardiner. Henry dropped Silvester from his name due to Silvester's loyalist bent. We ought to show the several sides to any of these stories about all things Gardner.

Let's get the fuller picture.

Silvester and Henry are descendants of George of Rhode Island who was mentioned in both of Dr. Frank's books. This is what their book says about Abigail.

Their book: The Gardiners of Narragansett

This summer we started to re-look at possible relations between the various Gardner families in conjunction with efforts being under taken by David T. Gardner, a descendant of a Philadelphia-based Gardner family.