How can we look at Thomas and Margaret and not include something about the area? A whole lot went on in Essex County (note the dragon -- ca 1812), so we'll separate it further. The sister blog centers itself on Newbury. 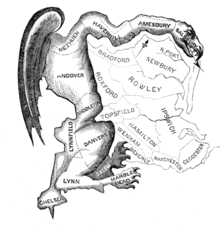 The original point of entry was on Cape Ann, namely Gloucester. Then, the group moved close to the mouth of the Naumkeag river and started a settlement that would become Salem.

By the way, the Massachusetts Bay Colony page has a timeline for the settlements. As we look at the Gardner family, and its related families, we'll cover about all of these.

The following is a list of web-accessible information about Salem and the 'Old Planters' of whom Thomas was a member. 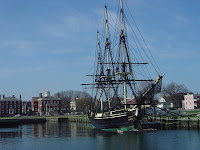 We will update this list with new information from time to time.